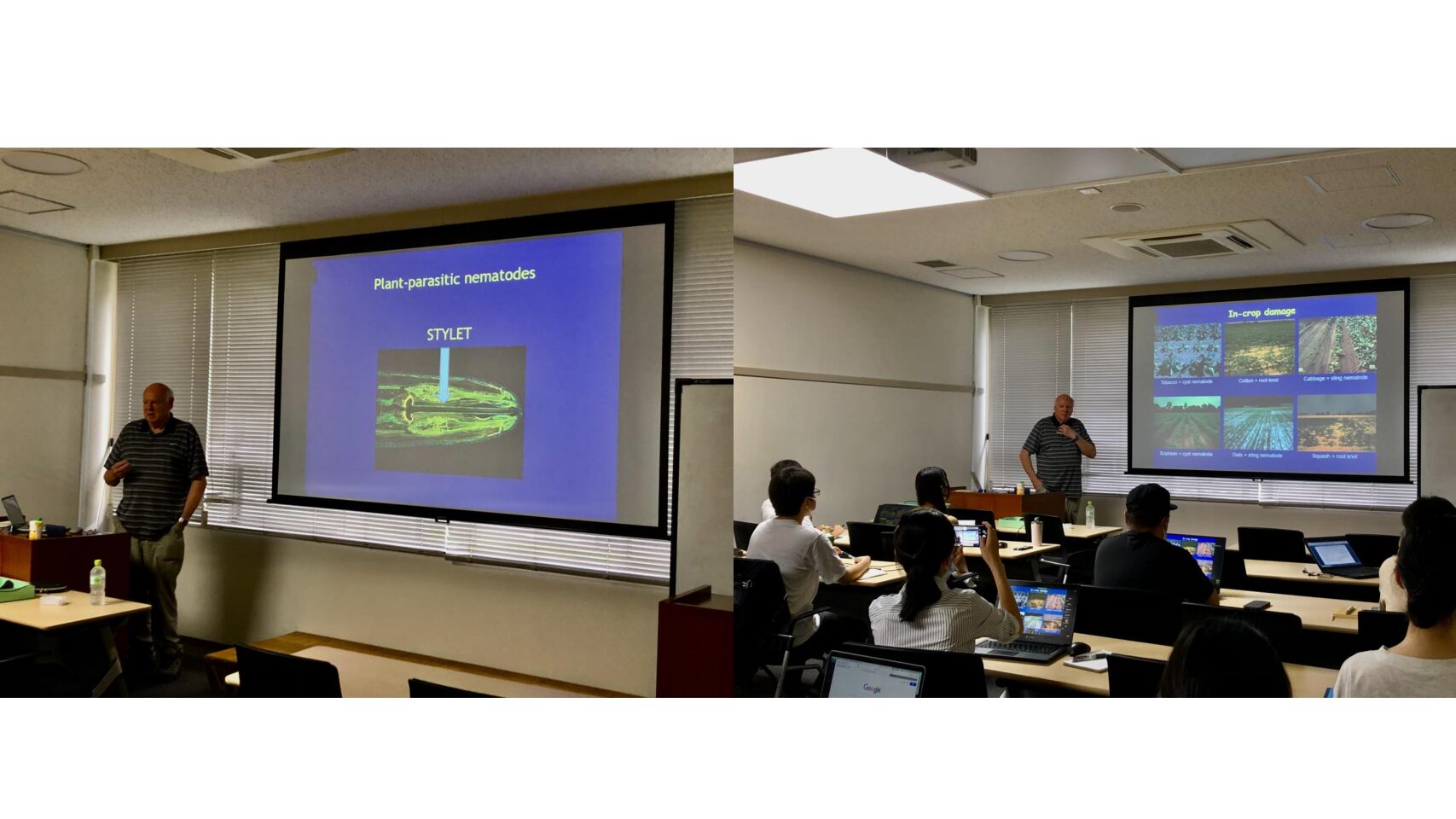 Professor Roland Perry obtained a PhD in Zoology from Newcastle University, UK. He is now based at the University of Hertfordshire and is invited as Guest Professor at Ghent University, Belgium. His research interests are focusing on plant-parasitic nematodes, especially on nematode hatching behavior and nematode physiology.

As part of his visiting activities under GIR collaboration, Prof. Perry gave a speech on “Hatching and survival strategies of cyst nematodes – part of the research legacy of Professor Ishibashi”. Firstly, he introduced the nematode in general through an understandable illustration with photos and clear descriptions. The main plant-parasitic nematodes and host plants have also been introduced. Especially, the behavior of hatching of potatoes cyst nematode Globodera spp., Heterodera spp., and root-knot nematodes Meloidogyne spp. have been explained with the focusing on the effects of root diffusion, which releases from host plants. The discussion time has fully explained with some questions from attendance in the room and online. Prof. Yu Yu Min from Yezin Agricultural University, Myanmar has asked for the efficacy of the hatching capacity of nematodes and the avoidance of fungi and bacteria contamination in the bioassay tests under her laboratory conditions. The other questions have focused on the roles of lipid content in eggs and hatched-J2 that relates to the survival of plant-parasitic nematodes before and after their invasion to host plants. Besides, the roles of eggsac and root diffusion in hatching also have been discussed. Finally, the important thing is that the link between the hatching and survival of plant-parasitic nematodes has been explained.